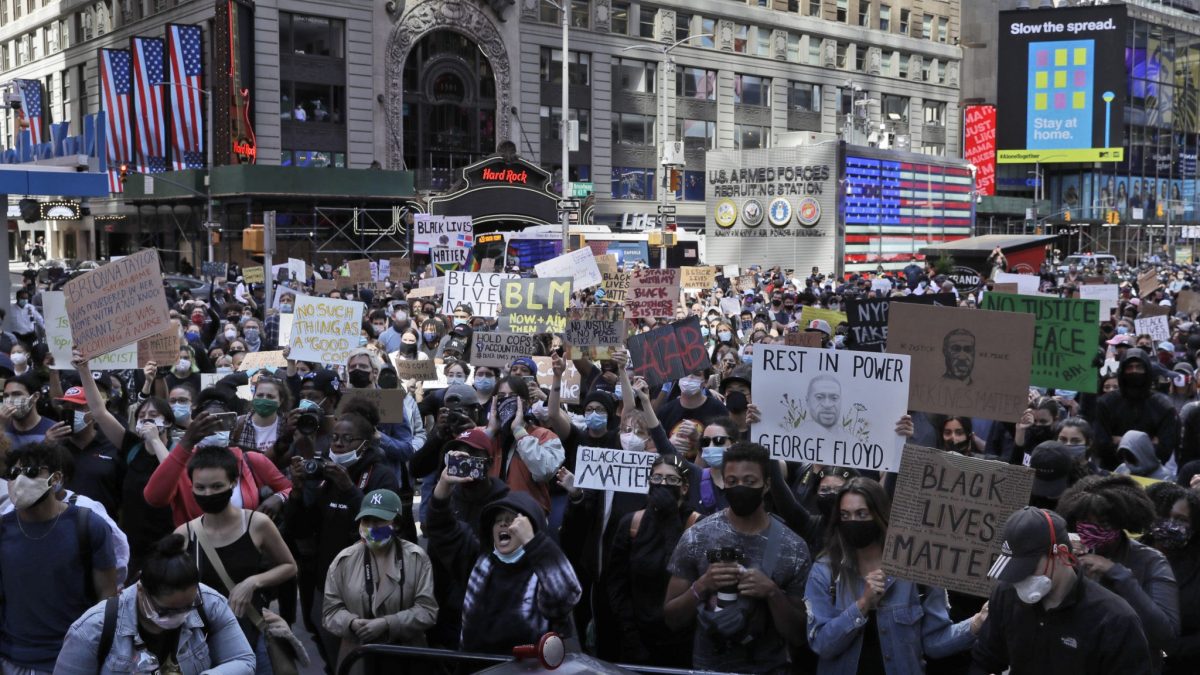 Our hearts are heavy with rage and sadness. We collectively witnessed George Floyd murdered by a police officer in broad daylight, while other officers stood around and guarded the murderer.

Now, we witness police driving into crowds, pepper spraying, pushing, beating protesters — all so they can continue to murder Black men, women and children with impunity. This system is broken.

Every uncharged murder by a police officer is a welcome mat to white supremacists to turn in the white sheet for a uniform.

We need to heed the calls from Black Lives Matter organizers: defund and demilitarize the police, prosecute murderers no matter their uniform, make de-escalation a requirement for police funding, and much more.

We need to get protesters — and all nonviolent offenders who have fallen victim to a criminal justice system that unduly punishes Black and poor people — out of jails, especially in the middle of a pandemic.

There are no two sides here. Systemic racism and the police murder of Black people is a stain on our society. Expecting the oppressed not to react or rise up enables the sins of a system that is dehumanizing and deadly.

We ask ourselves, as the largest union representing professional drivers, where are we in all of this. We are one of the largest Black workforces, we are majority people of color, we are almost universally immigrant, and we are subject to over policing, poverty, and harassment.

But we are also rooted in a transportation system that is wrapped up in racial profiling and unequal service based on race, class, and geography.

We have to stand up. We have to march with our eyes wide open to the injustice in the outside world and to our own failings as an industry. In conversations about racism, taxi ride refusal is often brought up. We get embarrassed. Some of us get defensive and want to point out that it’s a minority of drivers, it’s not all of us. We are majority people of color ourselves and are exploited and impoverished. No, it is not equivalent with police murder. And we can’t take the spotlight off state violence. But this systemic murder of Black people is about the anti-Black racism that is so deeply entrenched in every part of American society, and we must look inside our own house and sweep out our own racial biases.

We know this is a deeply painful time with so much poverty and crisis from the COVID pandemic and shutdown — and so much uncertainty about our health and futures. Our suffering is all connected. With COVID, we know first-hand that poor people and people of color are affected at higher rates, including many of our driver brothers and sisters. Poverty and inequality kill. So does racial injustice. Out of the ashes of this broken society we can build something better. That means rebuilding toward justice and humanity.

We must unconditionally unite in solidarity with the protesters and condemn white supremacy in all of its ugly forms. As unionists, as immigrants, as taxi workers, it’s time to rise up together. Black Lives Matter.