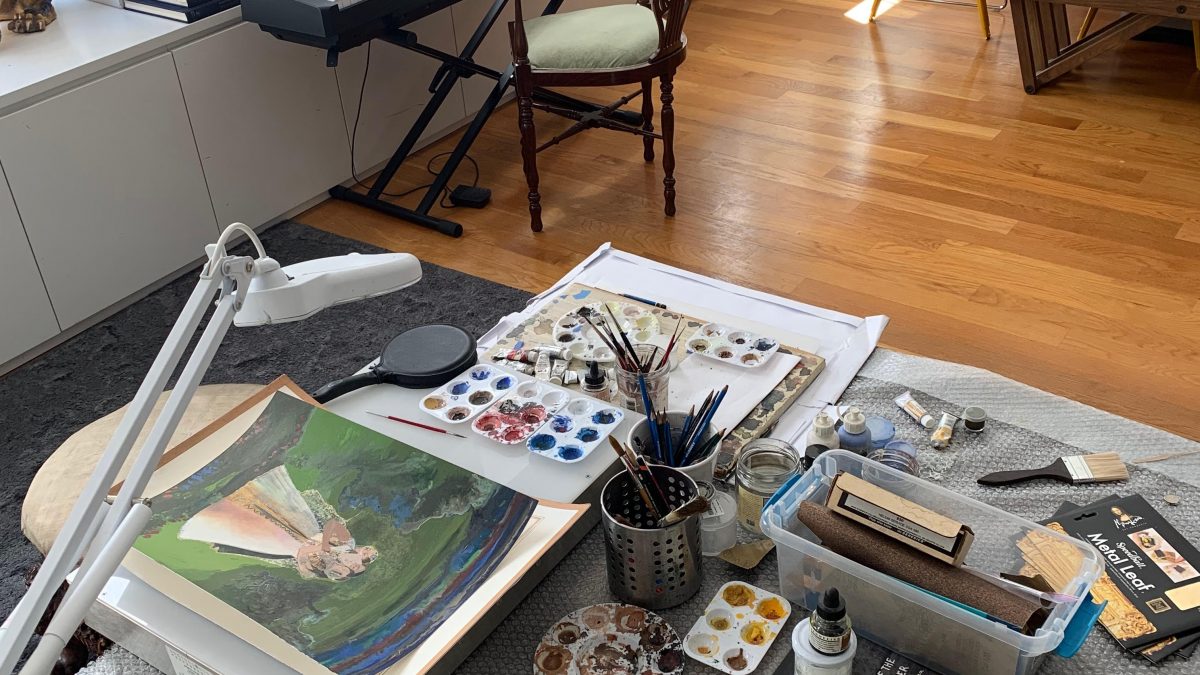 Shahzia Sikander has been quarantined in her New York City apartment with her son, Alexander, who has been painting alongside her since he was two. For her #IntheStudio video Sikander shares their two temporary painting stations, showing the 9 foot painting they collaborated on for the Children’s Museum of the Arts in NYC. “Art allows us to speak a common language and it also builds respect for each other’s space.” – @shahzia.sikander